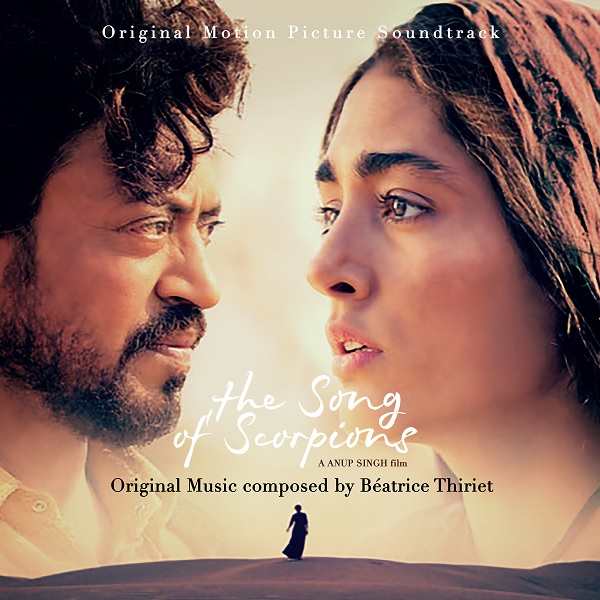 A story of twisted love, revenge and the redemptive power of a song

Nooran, carefree and defiantly independent, is a tribal woman leaning the ancient art of healing from her grandmother, a revered scorpion-singer. When Aadam, a camel trader in the Rajasthan desert, hears her sing, he falls desperately in love. But even before they can get to know each other better, Nooran is poisoned by a brutal treachery that sets her on a perilous journey to avenge herself and find her song.

The song of scorpions is my second collaboration with the director Anup SINGH. He proposed me this magnificent story in which the music is the main actress. In this scenario the music is redemptive and source of life. It is the antidote to the deadly wound inflicted by the scorpion.

Both life and death are domesticated in the film by the power of women shamans and musicians from which Noora (played by the sublime Golshiftheh Farahani) is born.

This film is set in the desert and its perpetual movement. An apparent order on which the wind blows, sowing an invisible but permanent disorder. This daily disaster is embodied by a violent and intrepid camel driver played by the immense actor Irrfan Khan.

It is the meeting of these two characters who will struggle in the expression of their love that inspired me musically.

I mixed the sublime desert shots, the sounds of the Oud, the jaw harp or the double flute of Rajasthan with the lyrical accents of romantic, romantic or obsessive themes that I composed and orchestrated for a large symphonic formation. Wooden strings, brass and percussion, it is the whole orchestra that imposes itself in the folds of this love story that opposes animal cruelty and nobility of feeling.

The originality of this score is that it oscillates between the original nudity and the stripping of the chamber music ensembles, particularly in the Oud jaw harp duo or the cello percussion duo, and the impressionism and refinement of contemporary orchestrations.