Mandium launch, a new brand of electric guitars and basses made in France, using the casting process

Manufactured in the art metal foundry JLB Création, the bodies of the Mandium® electric guitars and basses are authentic castings. A very old know-how but innovative to manufacture a guitar, which gives to the instrument an unprecedented echo and offers near-unlimited design possibilities. In order to support the production and the sales development of it’s first range, Mandium® starts a crowdfunding campaign on Kickstarter on the 15th of march.

After several months of development, the first Mandium® branded electric guitar was born in JLB Création, an art foundry situated near Nice, in the "Eco-Valley", in january 2016.

It’s manufacturing method is exclusive and offers, thanks to its molded and special alloy casted hollow-bodies, a near-unlimited sustain, as well as an original sound, soft, tonic and wealthy, without disruption that can be compared to the bells’ sound.

The dedicated team formed for the "Mandium® project", of which a profesionnal stringed-instrument maker, "Meilleur Apprenti de France", will introduce its creations via the american crowdfunding company : Kickstarter. A unique opportunity to promote this range made in France all around the world.

Starting from the 15th of march 2016 during 40 days, the campaign objective is to raise 90 000€ of funds, necessary to guarantee a larger-scale production and to bring the products to the market.

Anybody can pledge the project, from 5€ contribution or by pre-ordering the Genuine Mandium®, that will be proposed to the "Super Early bird" price of 1900€. 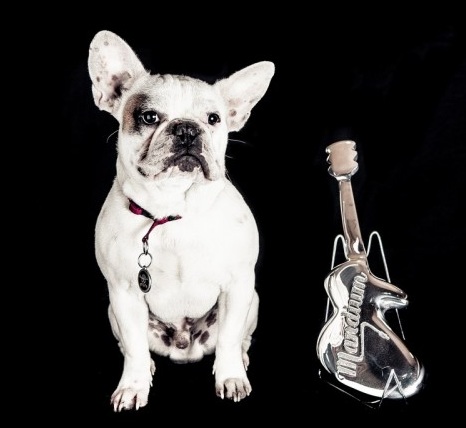 Owner of a metal foundry in France for over 20 years, Jean-Louis Bégnis manufactured metal sculptures for some  leading artists. He is a passionate about art, design and music, he is the initiator of the Mandium® project and the creator of the first original electric guitar from the collection : the Genuine. One day, Jean-Louis showed his last creation to a friend who is guitarist and this one confided that it was unique. His experience, his technical skills and his creativity are the keys to success.