The Union of marinas in the Provence-Alpes-Côte d’Azur Region and Monaco (UPACA), a professional body for the region’s marina managers, have launched two educational films showing harbour facilities within the framework of the Clean Harbour Guidelines certification. The films may be viewed on information screens at port authorities and on smartphones through QR codes displayed in the marinas.

Two films to raise the awareness of recreational boaters
Two installations for cleaner marinas have been highlighted in these films: the careening facility and the waste disposal point. These two thematic have been chosen to show how recreational boaters are increasingly committed to preserving the marine environment. The films demonstrates water treatment upon boat hull cleaning and how waste disposal points are organised,with sorting of waste specific to recreational boating.Directly available on port authority information screens and, above all, accessible through new technologies, these 90 seconds long films will raise boaters’ awareness for optimum management of liquid and solid waste.

By making these films, the UPACA wanted to provide a maximum amount of information in a minimum amount of time and, through new technologies, raise awareness for all actors involved in marina activities.


International tool case
In  order to communicate with aggregate French and European recreational boaters, the films are proposed in French and in English. This also provides for further international use. It was according to the same logic that the UPACA, together with the Provence Alpes Côte d’Azur Region, the Rhône Mediterranean and Corsican Water Agency, the DREAL and the DIRM, created the European certification "Clean Harbour Guidelines" in 2011, the only European certification with specific regulations for marinas.

Certified marinas need to prove their commitments to preserve natural habitats by implementing devices to reduce harmful discharges, such as careening facilities equipped with a purification system for polluted water, and the installation of waste disposal points, presented in the films. So far, more than forty marinas or so are certified "Clean Harbour Guidelines".


A valuable action to help safeguard the planet

Marina activities represented but 1 to 2% of marine pollution before the implementation of environmental measures. Actions conducted within the framework of “Clean Harbour Guidelines” aim to reduce this impact, working towards a goal of 0%. Every action is important to protect the planet, and marinas, assisted by their users, do their best to contribute to this goal. 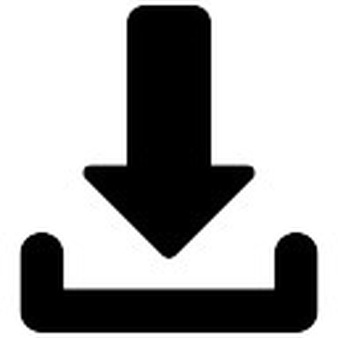 The UPACA, Union of marinas in the Provence-Alpes-Côte d’Azur Region and Monaco, is the representative body for the region’s marina managers to the State, local authorities and different institutions.

Bringing together 98% of marinas in the Region and in the Principality of Monaco, the UPACA is an active and innovative player in many areas: creation of the European certification “Clean Harbour Guidelines” and ensuring its support, marina staff training, signage, communication…
More informations :  www.upaca.com / www.ports-propres.org