An open letter is published today by "L'Obs" [1] to mark the first European collective legal action. An online press conference will be held on Thursday 15 April at 10am.
The platform for collective legal actions, MySmartCab, is thus opening up to all European citizens a "class action" to prevent any infringement of individual freedoms [2].
This action before the Court of Justice of the European Union is based on the principle of transparency, as advocated by Article 1 of the Treaty on European Union.

The health pass: a Europe-wide issue

Due to the need to be numerous, a petition preceded the European collective action. From 50,000 signatures onwards, a request for production of documents will be filed by the legal team with the European Commission free of charge.

If this amicable phase is rejected, the petitioners who wish to do so can join the collective legal action. The cost of the legal action is then shared between the thousands of citizens who freely decide to participate, for a fee starting at around 20 euros per participant.

The European health pass is based on the efficacy and safety of Covid-19 vaccines. Initially, the collective action aims to get the European Medicines Agency to publish the evaluation data for the four vaccines. In fact, given the weakness of the preliminary studies, the Agency has only validated these vaccines provisionally, on the basis of a conditional marketing authorisation. 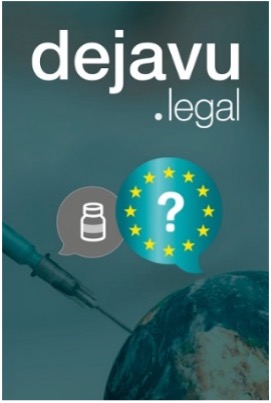 Transparency on the "health pass": a citizen counter-power

For Christophe Lèguevaques and Arnaud Durand, lawyers at the Paris Bar and initiators of the Dejavu.legal project: "Faced with high economic stakes, transparency is required to restore trust and guarantee individual freedoms [3]."

[1] The open letter and the list of signatories can be accessed at www.nouvelobs.com/opinions/
[2] The European initiative and its class action are described on DejaVu.legal
[3] On fundamental rights, see the UN Secretary General's statement: Liu.re/UN-Covid19

MySmartCab is a platform for collective actions at the service of French and now European citizens, with the first European class action #DejaVu.The platform brings together people who are deprived, isolated, of any kind, but who have a similar dispute in order to create a balance of power with opponents of high calibres. It has enabled the defence of thousands of claimants in the #Levothyrox, #Linky, #5G cases, and the right to prescribe or have access to treatment with #Noublionsrien.