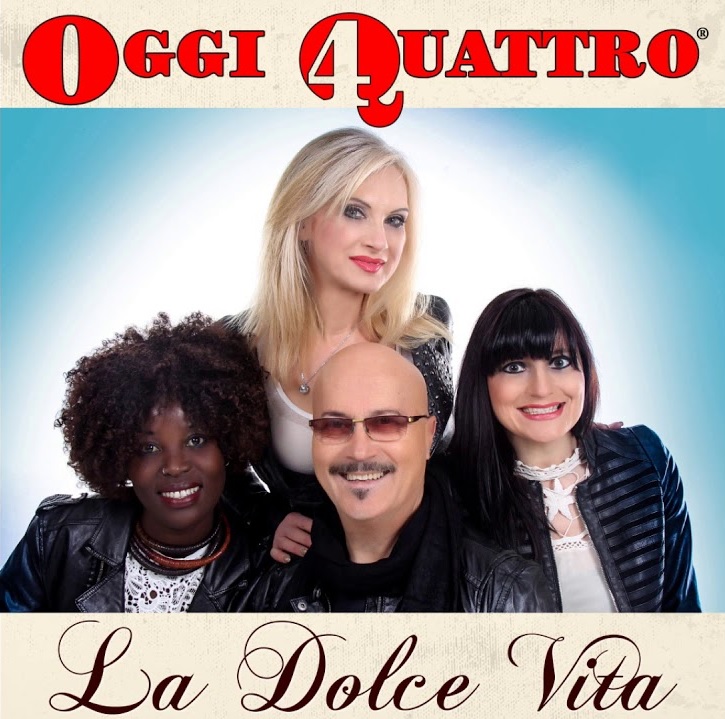 Oggi 4uattro (sometimes written in the form “Oggi Quattro” or “Oggi Quatro”) is an European vocal formation (3 female voices + 1 male voice) that follows the tracks of the Italian group of the “Ricchi e Poveri”, of the Germans “Boney M.” and of the Swedes “Abba”.

Oggi 4uattro achieved great success in Europe in the late 1980s, especially in France and the French-speaking countries, where the song "Canterò '" had reached the top of the hit parade, to the point that a French version had been made, entitled "Beau c'est beau", successfully sung by the Parisian pop star Karen Cheryl.

In Italy the television audience met them with the English name "Milk and Coffee", as regular guests and performers of the closing theme of the television program "A Tutto Gag" and the participation at the 32nd Sanremo Festival with the finalist song "Quando incontri l'amore".

In the 90s, the group worked abroad, participating in television shows and tours: Argentina, Peru, Chile, France, Russia, Poland, the Czech Republic and Switzerland and Tunisia.

Now, taking again the name and the original model "OGGI 4UATTRO", Giancarlo Nisi (frontman, founder and author of almost all the music) more current than ever still reports the so-called "Ital-Disco", or a "Made in Italy" in music.

Recently the new single "Murdeira" was included in the compilation "Capo Verde, terra d'amore - n. 8" produced by Alberto Zeppieri who is also the author of all the lyrics of the group.

With with renewed enthusiasm, the group OGGI 4UATTRO is ready and retrace the successes of Ital-Disco, with concerts and television participations in Europe and in the world.

The album is composed of a dozen new songs and completed by a remake-medley of the successes of the "Oggi Quattro's era" (also to remember the origins of the group), plus a cover (but sung for the first time in Italian) taken from the repertoire of the "Middle of the Road": Sacramento.

The atmospheres of the album are those of the great cinema of Federico Fellini and of the years in which there was a carefree and glamorous lifestyle in Rome.