With a turnover of 3 million euros in 2018 and a growth of nearly 300% in three years, the French company "Bonici" is pursuing its expansion strategy to conquer new territories. Signing its first master-franchise group deal with the Togolese Company Sodigaz, through its subsidiary Company specialized in the agro-industry DIWA PRODUCTS, it is heading towards the African market.

Launched just eleven years ago in a suburb of Toulouse, the “Bonici” Pizza delivery company has evolved in a decade from owning a couple of stores in the South-West of France to more than 44 stores across the French territory. Already well established in the Nouvelle-Aquitaine and South-East, it is pursuing its expansion, opening new franchise locations in 2019, in the Paris region, on the Reunion Island, in Guadeloupe and Guyana.

The signature of their first master-franchise deal, a few weeks ago, with the Togolese Company Sodigaz, through its subsidiary Company DIWA PRODUCTS, specialized in the agro-industry business of local production transformation and fast-foods, settles a tiping point for this seven employees SME. Pizza Bonici will use this opportunity to gradually establish itself in West, Central and Oriental Africa, before tackling the French-speaking markets of Africa and Europe.

"Togo represents an anchor for a further larger development in Africa. The West African market is actually one of the most important for us with a young, dynamic consumer population. In ten years from now it’s going to explode", explains company founder Jerome Bonici.

A development through a service-stations network

A first shop will open in Lomé in 2020, followed by four others in Togo during the first year. For this development, Sodigaz has a powerful leverage: a nertwork  of service-stations established in Togo, and also across West Africa. Searching for the right restaurant partner for their network, the Togolese company contacted Jerome Bonici in order to apply its diversification strategy.

No need to change a winning strategy. To export their business model in Africa, the commercial director of SODIGAZ, who is also deputy director of DIWA PRODUCTS, and the head of the training department of SODIGAZ have been trained by the staff in Toulouse. "Franchisees training is one of the key success factors in France. To implement our brand on the African market, it remains a critical milestone, even if the cultural context is different", explains Jerome Bonici.

Created in 2008, the Company opened its first store in a suburb of Toulouse. Since then, it has developed its franchise network across France and has seen its turnover grow from €998,000 to €2,926,000 in three years.

Led by the successful African entrepreneur Jonas Aklesso Daou, Sodigaz holds 65% of the gas distribution market in Togo. The company is member of a group of ten African businesses selected in 2018 for the Elite program that accompanies the IPOs of local SMEs showing a strong growth potential.

In addition to gas distribution and its network of service stations, Sodigaz is also diversifying into the concrete and solar energy sectors. Turnover in  2018: € 13 million, up by 50% compared to 2017. 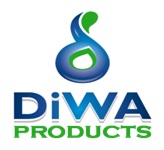