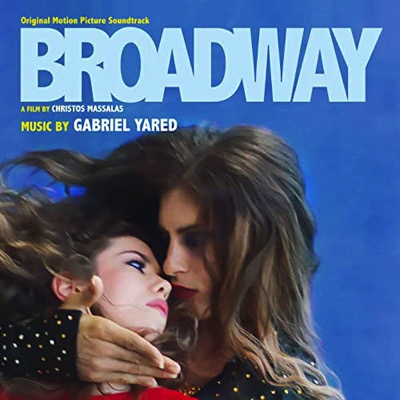 Nelly has escaped from her wealthy and controlling family. As she dances in a strip club, she meets Markos, a small yet charismatic gangster, who helps her run away from her stepfather’s henchmen. Markos soon becomes her protector and lover. He brings her into Broadway, Athens, an abandoned entertainment complex squatted by a small community of dancers, tramps, thieves and a captive monkey.

For a while, everything goes well, even when Broadway hosts a mysterious man, injured and covered with bandages, wanted dead by Athens’ most dangerous mafia. However, when Markos gets arrested and imprisoned, the newcomer will take an unexpectedly important place in the gang.

"For years, I have admired the work of Gabriel Yared. I wished that one day I could have the privilege to work with him, even though such a scenario didn’t seem very likely, given the scale of films produced in Greece. I would never have imagined that the stars would align for this to happen in my first feature film. For the music of “Broadway”, I envisioned a mixture of pre-existing dance songs (from “Fame” to Greek pop songs of the 70s) with an orchestral score that would convey the mysterious and romantic intonations of the story. “Broadway” is a film, which draws from different genres – it is a thriller, a love story, a variété of sorts – so the music plays a key part in bridging these different traditions and moods.

The idiom of Gabriel Yared’s work was exactly what this tale called for. His music is always surprising, modulating between ever-changing climates:  mysterious and yet deeply romantic; sharp and precise in composition, but fluid in its emotional resonance. In ‘Broadway’, the music is not just underscoring the events. It is a force that drives the story, weaving a web of dramatic possibilities. It is the fuel, which sets the characters in motion, leading them through the twists and turns of chance. And yet, like all great works, Gabriel’s music has a narrative of its own and will live and reverberate far beyond the screen." Christos Massalas Director.

"The director Christos Massalas and I met very early on in the process, before the film was shot. We discussed the film in detail, and also the colours and atmosphere of the music. I love being involved in films at an early stage because this gives me the time to reflect on the story and truly focus on its essence and spirit.  After watching the first edit of the film, I began writing my main themes which I then crafted to particular scenes after the film was finalised.

Broadway really impressed me from the first time I saw it. It contains many unique qualities and immediately drags you in its microcosmos with all the darkness, mystery, and romance. Christos’ attention to detail is admirable and it’s evident in all aspects of this film. He is a very promising young director who is also very musical. We had a wonderful collaboration and I am sure both Christos and his film will have a great future." Gabriel Yared.