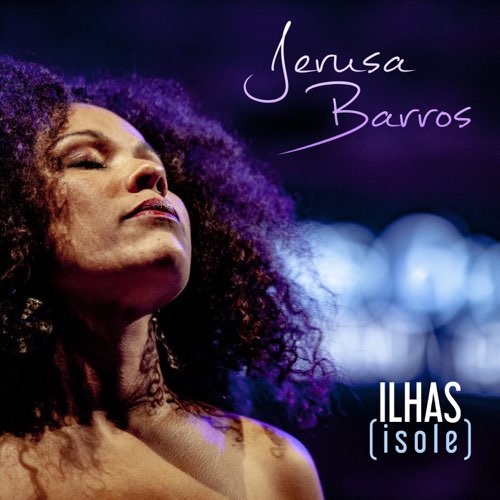 Cape Verdean by birth and Palermitan by adoption, Jerusa Da Conceiçao Barros is a singer and songwriter who with her artistic and biographical experience represents a valuable synthesis between Creole Africa and the heart of the Mediterranean. Her music is imbued with both Cape Verdean colours and rhythms as well as the warmth of Mediterranean sounds, capable of creating a completely new formula for Italian songwriting.

Born on 1st November 1977 in Sal, an island in the Cape Verde volcanic archipelago, she moved to Palermo, together with her mother, at the age of 5. She lives, grows up, studies and begins to sing in a Sicily of art, a melting pot of cultures, which today sees the rise of an artistic scene of great importance, especially under a musical perspective. Her relationship with music is early and passionate: in her family they sing, dance, play different musical instruments and listen to lots of African-American music, from Ella Fitzgerald's jazz-blues, to Aretha Franklin's overwhelming soul, to the romantic and elegant Stevie Wonder, passing through James Brown, Nina Simone, Michael Jackson and many others.

She combines the Sicilian popular repertoire, as an interpreter of Rosa Balistreri, and the Cape Verdean popular repertoire, as an interpreter of Cesaria Evora, Teofilo Chantre, Ildo Lobo, Tetè Alhinho, Mario Lucio and all the great names that have contributed to making the Cape Verdean music known to the whole world. This period of great artistic growth finds further fulfillment in 2001 through the creation of the band (voice, guitar, bass, piano and percussion) "Cabeça Negra", thanks also to the strong feeling with her life partner Francesco Cimino.

With this band, the singer ventures for the first time in the writing of songs, especially Cape Verdean texts that speak of her life, of her being in fact foreign in Cape Verde and "twice islander", and of all the suggestions related to this: the wind, the sea, the land, the travel as a spiritual condition. The rediscovery of her mother tongue is of particular importance, both in her life and in her songs.

Jerusa says: "I wanted to talk about myself and my life and I started writing songs like "Estranjera cabverdiana", which talks about my being a foreigner in Cape Verde, or "Em que lingua vou falar", in which I asked myself in what language I had to speak when I met a sister in Cape Verde that I had never met before". It is a successful mix of Cape Verdean rhythms and Mediterranean sounds in the name of original and contemporary world music, that brings Cabeça Negra onto several important stages.