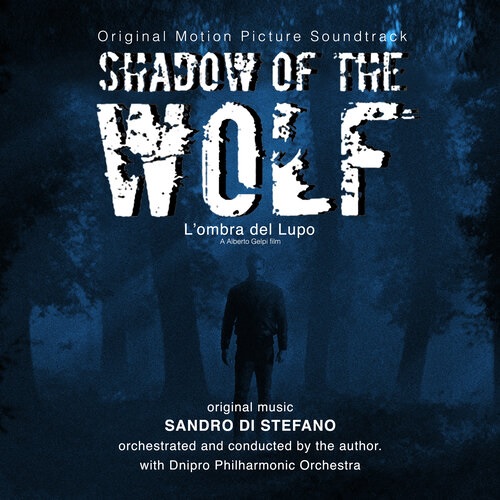 A series of mutilated corpses is upsetting a town in central Italy. Police believe that this is a wolf, but it might not be a wolf as others…

Shadow of the Wolf, statement about the OST

Music in Movie, for me, has always had an actor role. I never think of music as such but of an actress I imagine and direct in the Movie.

In fact, I feel more a Film Director than a Musician because from music I look for what words don't say. In "Shadow of the wolf", I tried to put a face to this invisible actress and have her act alongside the other actors and actresses. In short, I put her in the cast, giving her an antagonist role. She participates in the dialogues, anticipates and delays emotions, sometimes she is a shoulder, sometimes she is the one who plays the main role. Stylistically, this music honors a certain writing of authors who invented the genre, such as Bernard Herrmann for example (also because Herrmann, like me, was heavily influenced by guys like Serghjej Prokofiev i Igor Stravinskij). Clusters, black and white, frequencies, help to recreate a certain sound, in a certain sense "old style". I always direct my music myself because I know exactly what to ask for, as a Film Director does with his actress. Sandro Di Stefano, composer


Shadow of the Wolf, statement about the OST (Film Director)

I have always considered music as my main ally to move the audience through the narrative arc of our story. It is a role as important as the one of a key actor, albeit invisible. Music is not just a comment, but rather a subliminal voice that whispers to the ears of the spectator.

I have constantly worked with the composer, explaining the emotional struggle and the inner workings of the characters in the scenes, and it has been an extremely stimulating experience.

Great effort has been put also in researching uncommon blends of instruments, looking for something that could describe the characters and their emotional journey throughout the evolution of the story.

Each character has a theme and a sound that intertwines with the others creating a "dialogue", a sonic footprint that profoundly defines the atmosphere of the film. Alberto Gelpi, director