The COPPILOT system in control of platform doors

Designed to relieve the congestion of Stockholm city center, the new "city line” tunnel has two new stations equipped, for the first time on this network, of platform gates controlled by the COPPILOT system.

Developed by ClearSy, the same system has already been installed, in the Paris metro stations Invalides and St. Lazare of line 13, during the test of several types of platform screen doors for 9 months in 2006. In the Sao Paulo metro this system is in operation since 2009 and now also complements the new CBTC installed by Alstom on lines 1, 2 and 3. It is deployed on Bombardier Monorail line 15 in Sao Paulo and in Venezuela on the Los Teques line equipped with Faiveley platform screen doors. 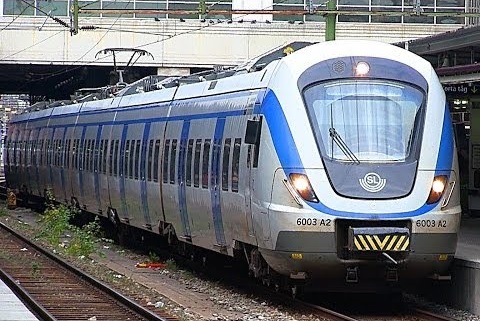 ClearSy innovates for this project

The COPPILOT system is an autonomous device, since it only relies on sensors installed on the platform. Thus, it is not necessary to install equipment on the train, which is ideal for the Stockholm project for which only two stations are equipped with platform screen doors for a very important existing train fleet.

An innovation of ClearSy that should be emphasized is the individual control of each platform screen door. So if a train door remains closed, the front platform screen door will not open. Similarly, the system adapts to long or short trains and manages the whole facade or only half.

The system also includes other functions for operator comfort: a luminous sign indicating the position of the train using the approach maneuver. Passenger comfort is also enhanced with a modulating control of platform screen doors in order to adjust the amplitude of opening doors depending on the train position.

ClearSy is a French SME company which specializes in developing SIL1 to SIL4 level safety systems and software, the highest in the railway sector. Very active in the railway sector, ClearSy was able to partner with companies such as Alstom, Bombardier, GE transportation, Siemens, la RATP and Thalès. This SME develops complex systems, from their design to putting them into service, and undertakes the interim stages of validation, checking and safety testing.