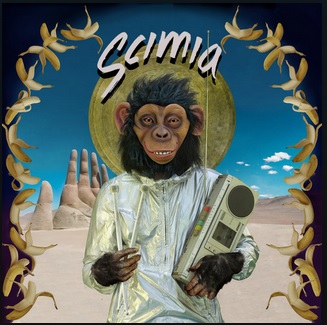 The first part of Scimia, this album balances between modernity and retro sounds. Indeed, through 13 tracks bringing together the 3 previous EPs (Awe, Pow and Tré), Scimia takes us into very different universes, between the glitter of the disco years and the brutality of today's techno. The influence of the 80s is very present on songs like Gin, Little Man In A Giant World or Danger, based on disco rhythms and New Wave sounds, but this is only a small part of the album. Indeed, we can find much darker and aggressive pieces like Electronic Warfare, Fit Of Rage, but also softer and melodic titles like Bonobo ... And even a classic cover on the 12th title.