The SIL2 level is also confirmed in an opinion letter by the Europan Railway Agency (ERA) issued on 28 January 2015, confirming the tolerable hazard rate (THR) and asking for updates of the previous version of those SUBSETs.

These provisions thus reduce the risk of the operator not seeing or misinterpreting the messages on the screen, and of commands not being taken into account. 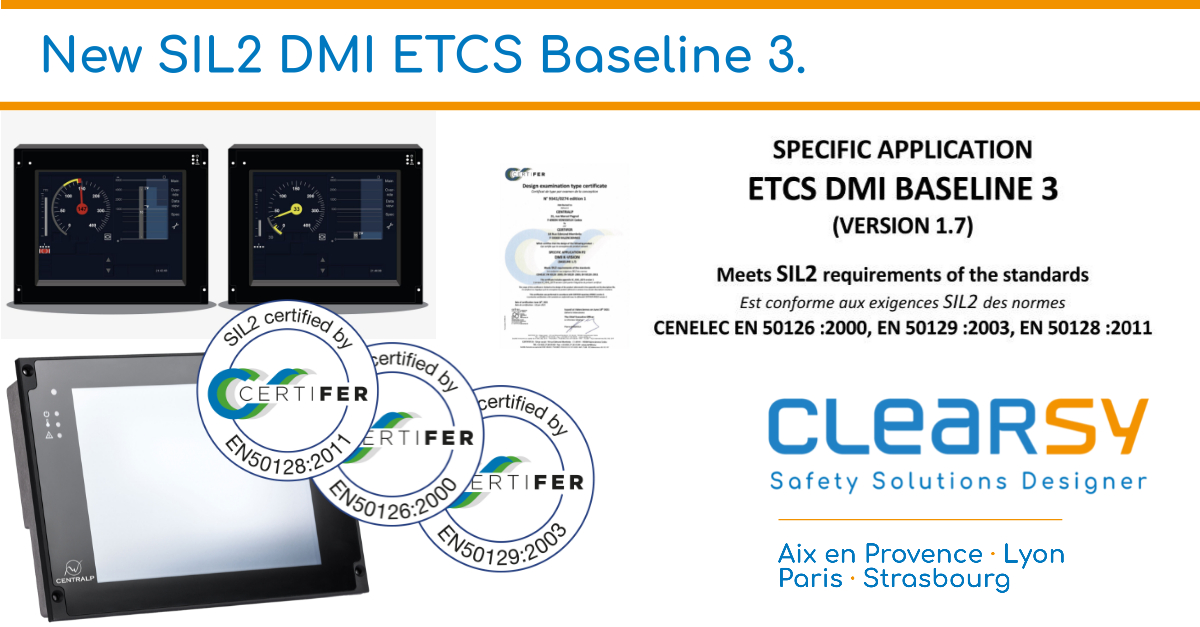 For other applications, the integrator will be able to easily add its application part based on the already SIL2 certified basic principles of the console (via a configuration file), following a list of recommendations already approved by certificate (exported constraints).

Talgo, a major Spanish manufacturer, has recently trusted this SIL2 DIM2 resulting from the Clearsy / Centralp partnership, and is developing a Train Control and Monitoring System (TCMS) application; the console will equip the trains of the Deutshe-Bahn, a German operator known for the reliability of its systems.

Clearsy is a French company based in Aix-en-Provence specialized in the design of safety critical systems.

Active for more than 20 years, Clearsy has extensive experience in the realization of safety critical systems from SIL1 to SIL4 according to the CENELEC standards EN50126, EN50128, and EN50129. The company collaborates on regular basis with other industrial actors, both companies and research and development institutes.